Art, process and design blog of an aspiring industrial designer.

Oh man. That title is so lame. But as soon as I thought of the rhyme, I HAD to write it.  It was a Siren Song moment (in case you don’t know what a siren song is: when you find yourself in a situation, where you know you should NOT! do something, but you just NEEED to do it anyway. E.g. 1) this lame title, 2) wanting to drop your keys in a grate as you walk over it (I’ve never actually done it, but everytime I walk over a grate, I actually have to hold onto my keys tighter to fight this insane compulsion..), 3) wanting to press every button only when someone tells you not to press any button, etc. )

[p.s.: Do any of y’alls have some bad/good Siren Songs? Post them in the comments below! (Ha, seriously, do it! Some of the ones mentioned on the podcast (that I linked above) were hilarious!) Oooo. I just thought of another one! When body lotion smells really good (and like food of some sort) I really, really have a compulsion to eat it.] 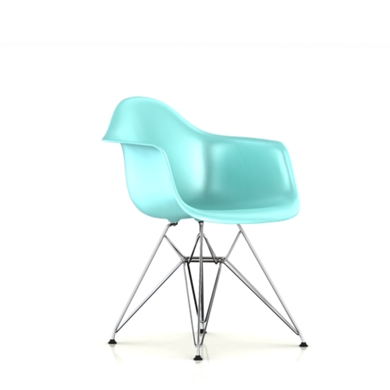 ANYWAY. Today’s post! So, today’s post was supposed to be up on Monday, but of course some issues arose on Monday, so I am posting it today! Here is the start of a series I’ve been working on:

I’ve drawn up probably the most famous and well-designed Eames Chairs, the DAR (1948).   After, I have started imagining up crazy and weird variations on the theme.

To start off slow, I drew this cushioned version of the chair.  Its kinda interesting cause for me, I was totally going for an 1850’s interpretation of the chair, but while keeping the original chair as in-tact as possible,  but I think it may have come off as FULL 1960’s version anyways..  Whatever, as they say, what happens, happens. Also, I drew this a while back, way back when my perspective still sucked and also, I kinda had to finish it off fast, since I kinda spent awhile on that cushioning, so don’t mind the rough-and-dirty-ness! Anyway, hopefully I’ll be able to show you guys some more versions on this theme sometime soon.

Art/Design Round Up: Stefan Sagmeister

search all up in here